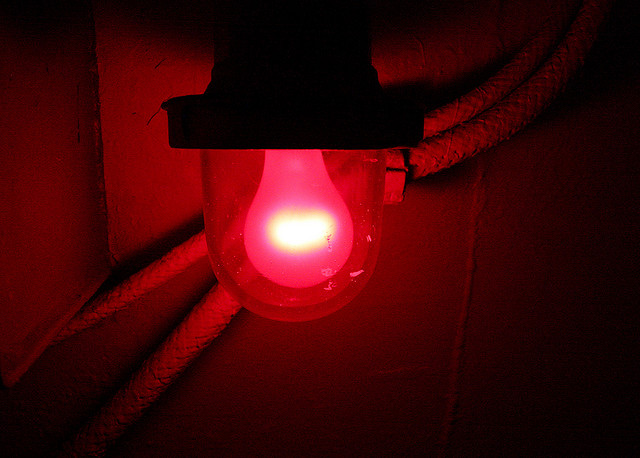 That is, until recently. Some crusading US lawmakers introduced legislation for amending the Communications Decency Act, aiming at interrupting activities that enable human trafficking. The changes aspire to place more responsibility on those who host content. While well-meaning, the effort upends carefully calibrated understandings at many online firms, who fear unintended consequences.

This is a new effort in an old debate in policy or business circles. For years, debates were it was tied up in abstract knots, dominated by lawyers with an interest in the nuances of free speech and censorship and the legal boundaries of questionable behavior.

Why act now? Because, as any Internet denizen knows, some corners of the Internet have grown more salacious, vulgar, and boorish. Just talk to any parent. It is too easy for children’s curiosity to lead them to the sleazy online square, and every parent now worries whether a child has enough sense to handle a disingenuous text. What is a parent to do—keep them off YouTube for fear of much worse?

Look, here is where I am going. I have occasionally listened to these debates and, as a market analyst, noticed the lack of economics. Specifically, a range of economic institutions grew up around the hush-hush norm. The norm served one purpose years ago, and today it serves another. Although the hush-hush norm got us into this mess, it will not get us out. Its role needs to be identified and brought to light, so that appropriate actions get taken now.

In case it is not obvious, those last few paragraphs serve as a warning. The content of this column is not suitable for children or, for that matter, Puritans. And one more warning: this column will have failed if some part of this situation does not make you angry.

Those numbers imply two things relevant to today’s topic. On the one hand, online sex cannot support much online ad spending. Related, subscriptions can’t amount to much money—merely a rounding error on total e-commerce revenue. On the other hand, online sex has to have an outsized influence on the web. There is so much available for web crawlers to find. That means search engines regularly must make decisions about how to classify the activity, and whether to sell ads for it.

That approach solved one problem but created another, since it did not meet the needs of families. In their book, How Google Works (Hachette Book Group, 2014), Eric Schmidt and Jonathan Rosenberg describe developing algorithms to recognize and filter pornography. As it turned out, those filters worked well enough and quelled any call for change.

That basically describes where the US settled in the prior decade. Google’s filters seemed to affirm the belief—to which the Valley is predisposed—that clever technology could fix any issue, even with sex.

Google’s filters seemed to affirm the belief—to which the Valley is predisposed—that clever technology could fix any issue, even with sex.

The hush-hush norm prevented a robust public conversation about the status quo. Seth Stephens-Davidowitz’s best-selling book Everybody Lies (Harper-Collins, 2017) offers a good place to start understanding. The book tried to break through the shroud of nondiscussion. This book won’t tell you much about the dark side of sex market. Rather, it focuses on large-scale societal-level patterns by presenting and analyzing the vast range of Google search requests related to private topics.

Many entrepreneurs also adapted to the norm. Many pitched their firm as if sex did not exist.

There are just too many examples to enumerate, so take this rule of thumb: If a new app or online site had a strong visual or video-sharing capability, and no religious branding, then sometimes the entrepreneur built a sexual angle into the business. You just had to ask about it privately. If there was one, the founder knew what it was, and if not, the founder would say so, too.

This is an explanation, not an excuse. I am not saying this was a good or bad strategy, or morally corrupt or enlightened. My only point: this is how the norm worked. Some tried to make money, and everyone carried on in public as if sex did not exist.

(You might respond that a few years ago Tinder removed all pretense. Yes, they did. Is it a trend? This is a niche market, so I doubt it is. Let’s move on.)

To be frank, while others have told me about this “borrowing,” I do not know how widespread it is. It might be impossible to ever know. No mainstream firm has ever publicly crowed about learning from these lead users. It is hush-hush, after all.

Nonetheless, the foregoing leads to a sarcastic aside: The next time you watch a great basketball highlight on your browser, try not to think about who performed the test drives for that sharp picture.

First of all, every parent knows the filters have flaws. An airtight filter interferes with browsing. With anything less than airtight, any sufficiently clever teenager still can find what they are looking for.

Let me digress with a short editorial right here. Let’s not blame technology for human behavior. Clever teenagers found a way before the Internet, too. And I say this as a parent: nothing substitutes for a frank conversation between parents and children. (It is not easy being a parent now, and never has been.)

Notice the root of the problems—namely, technical success. Modern search technology is simply too good at finding everything. There are degrees of sleazy libertine exploitation that never used to be available to a young person’s fingertips.

In plain language: Search engines make it too damned easy for a young and nontechnical user to find this stuff.

Let’s also recognize why this is a difficult legal problem. For all intents and purposes, adults can exercise freedom. Legal lines need to be drawn, and those are not always bright lines.

Here is a mild example of the issue. There are large numbers of sites for escort services and masseuses. Some are legit, but many merely offer a thin veil on prostitution. Just try explaining this to your child when they run across such a site by accident.

Craigslist’s experience illustrates a related problem. For many years, personal ads allegedly served as a home for prostitution, and Craigslist had repeated run-ins with law enforcement. Eventually, Craigslist adopted a more restrictive terms of service and banned the illegal ads.

Alas, the results are unsatisfying. Many of the ads in those sections today still are unsuitable for innocent readers, to put it euphemistically. Moreover, much of the illegal explicit activity merely moved elsewhere, such as Backpage, which now receives most of the official ire, allegedly for facilitating prostitution by minors. And Craigslist and Backpage want every parent to keep their child off the site? Uh huh. Good luck with that.

Some readers will point out that such lists exist in the security community, and technically adept users know how to act. Yes, but let’s be realistic. Most mainstream users are not that adept, and many do not even know how to ask.

It is possible to continue with additional examples of fraud, but for the sake of brevity, let’s get to the worst of these examples. I am not entirely certain when or why a few criminals involved in sex trafficking lost all sense of shame and raised the profile on their activities. It did not happen all at once, but—very long story short—it seems to be another example where no good deed went unpunished in technology.

It started with good intentions, as an antidote to crackdowns in repressive regimes. That motivated additional technical advances in protecting privacy—for example, better VPNs and encryption (among other inventions). Tor disassociated the browser from an IP address, hiding a surfer’s location and identity.

At the same time, a set of shameless participants, now virtually anonymous, started developing markets for international drug dealing on the dark web. Along with it came child pornography and exploitive human trafficking. All along, some block chain exchanges turned a blind eye, laundered electronic money, and left no traceable identity. And so it grew: the dark web began to contain some of worst examples of online human depravity.

A few years ago, one of the places for illegal commerce, the Silk Road, became too big for law enforcement to ignore. The authorities managed to close it. Remarkably, two new places, AlphaBay and Hansa Market, quickly emerged. Again, authorities closed them. Again, and recently, this market has managed to recreate itself. Don’t believe me? Just go to Reddit or 4chan or plenty of other places and search.

That description leaves out plenty of detail, but that should be enough to get the idea. The scope of modern technology makes human depravity available to every online participant in the dark web, and it is becoming increasingly accessible in the regular web.

More broadly, while legal rules and social norms created private spaces for some online users to pursue their niche interests, those same norms have fostered something else—thriving sleazy markets that seem difficult to stamp out. Much worse, many parts of that world have become difficult to avoid.

Now I will editorialize. I have been studying technology my entire professional career. Like most technologists, I take pride in technical ingenuity, and for years I believed extensions to the technical frontier resulted in unalloyed gains. But the more I study this situation, the more I question the presumption about “unalloyed.” It is not possible to take pride in the deprived parts of online sex. These actions do not improve the human condition.

More to the point, the web developed with unbridled degrees of unquestioned license. Now some bad actors have catalyzed attempts to end that discretion. Frankly, I see the point in the suggested restrictions. Enough is enough. There is no good reason to allow a decent society to put up with this crap any further.

2 Replies to “The Hush Hush Norm”