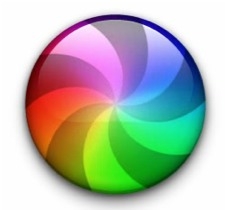 Here is why I love Apple. You go into a retail store or talk to a consumer representative on the phone and you get very responsive service. They are helpful and more often than not leave you far better off than you expected going in. I have been able to walk into an Apple store with a broken iPhone and walk out 10 minutes later with one seemingly new.

This experience is the good Apple. But there is a bad Apple experience and it mostly occurs online when you are not engaging non-digitally with a person.

I have had a number of these experiences. Recently, the iPhone 5s had problems with its gyroscope and compass. Basically, both were way off. If you were trying to use the new iOS7 app to straighten a picture you would be off by 4 degrees. Try to find North and you are in big trouble. This problem emerged quickly and was well known. But there was no official acknowledgment that there was a problem. Instead, a software update came and it improved stuff a little but it still isn’t working. This is Apple that is a wall. There is no consumer responsiveness. When I asked at an Apple store whether they had some record that this was a common problem, they said they did not. This was even when I showed it to be a problem on every single one of their display iPhone 5s! Did Apple know about this? Yes. But their reaction was to go to ground and pretend there was no issue. Look, there can be issues but why can’t there by an acknowledgement. OK, I’ll say it. When Steve Jobs was around this didn’t happen (see here and here).

The same thing happened with updates to Mavericks. Some older Macs were failing in this upgrade. This happened to two of mine. Basically, it would claim a damaged hard disk and get into a loop. It was a real pain to get back to Mountain Lion and even after that there seemed to be no easy way to upgrade. Despite forums with 100s of replies and 13000 views, there has been no posting by Apple. No acknowledgment. And no solution. Why? Why not instead acknowledge the issue and save your customers the trouble of dealing with the same problem over and over again until they learn it is more than just them. Instead, Apple seem to be deleting some comments as Larry Lessig recently found out. His frustration was clear:

Its been weeks where Apple has not made any announcement on this issue let alone taking a stand on stating what the issue is and what you are doing to fix it. Remember who made APPLE a success! It’s the people who loyally support your product and just because you have become the Goliath of the tech industry does not mean you can walk all over the little 4s people!  I will be the first one inline if someone with some money or some lawyer who had this happen to them to be a part of a civil action lawsuit against you, just for the fact that you have stood quiet while people struggle with this issue!

But the concerns go beyond this. Lessig is no slouch when it comes to Apple. Aside from Steve Jobs himself, Lessig’s presentations have been the most famous use of Apple’s presentation software, Keynote. So you would think that when Apple upgraded that product after four years of neglect, they might have checked that some of the most prominent users were able to upgrade. But no. The upgrade broke Lessig’s famous presentations and so now he is looking to alternatives. To be sure, Apple knew something was up when it kept old versions of the software on your computer following the upgrade but it is a signal things are amiss when your biggest PR customers are forced to consider alternatives. It would have taken nothing to keep Lessig in line here but he was in bad Apple space and the unresponsive wall was in anticipatory force.

Maybe Lessig will get some help — we could all use it. Interesting, last year when I posted on Forbes about a long standing broken issue with Parental controls on Mac OSX following a minor upgrade — and it was serious as those controls didn’t work — within 24 ours Apple released a “supplemental update” that resolved the issue. I’m not saying that was causal but maybe there is a hint of responsiveness when the media attention looks like getting high enough.