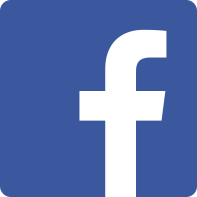 News came through recently that Facebook will host news sites’ content. Apparently, Buzzfeed and the New York Times are first off the block for this. While we don’t know precisely what it will mean, there is much consternation about news sites losing their distinctive brand and eventually being beholdent to Facebook. John Gruber even invoked the famous hold-up problem from The Empire Strikes Back (you can read about that here on the back cover of the Journal of Political Economy from a decade or so ago). The idea is that news sites will come to Facebook in the hope of gaining advertising revenues only to find themselves with a changed arrangement when they are stuck with no options other than Facebook.

Ben Thompson correctly suggests that all this is really beside the point. News is being consumed increasingly in bundles of content rather than through the gatekeeper of a destination site or channel. And of course, it is all about the advertising which has struggled on digital media and has even greater problems on mobile.

The problem, however, is that Thompson diagnoses the advertising problem with a very common economic area. Here is his argument:

This mixture of online newspapers and online-only publications primarily monetized with display ads that appeared alongside the content, and the results have been decidedly mixed. The problem is that online ads are inherently deflationary: just as content has zero marginal cost, so does ad inventory, which means it’s trivial to make more. A limited amount of total advertising dollars spread over more inventory, though, means any individual ad is worth less and less.

This is a nonsense argument. It uses a false supply expansion (the number of ads) to impute a price reduction. However, ads are only as useful if they are placed in front of consumers. Thus, the supply of ads is inherently limited by the amount of attention devoted to them. Why is that important? It is important because human attention has not expanded because of the Internet and so, absent something else, there is no reason to suppose that the price should decline due to this.

Instead, the argument I put forward in Information Wants to be Shared (based on research with Susan Athey and Emilio Calvano) is that it is the very bundling of news content from different sites that consumers have been doing by, essentially, surfing that reduces the price of ads. The reason is that this creates an advertiser’s dilemma: put ads on multiple outlets and you don’t know these days how much those ads are being seen by the same consumer too many times. You also don’t know how many consumers you are missing. In the end, therefore, you are paying for impressions that are more likely to be wasted and hence, you are willing to pay far less for them. In other words, the advertising market is becoming less straightforward and less efficient.

How does this relate to Facebook? As Facebook’s network expands so does the reach of its advertising. But, importantly, the advertising stays on its network. That means it can track consumers and ensure that regardless of the content they are consuming they get the optimised ad experience. So Facebook can go to advertisers and say “go with us and we will ensure that consumer x is impressed y number of times today regardless of where they are.” That means that advertisers only have to advertise with Facebook and, therefore, not face the dilemma alluded to above. That means they will pay more. It also means that Facebook will have incentives to limit the ad space so that they will pay even more. It isn’t surprising to me, at least, that ads are sparse on Facebook. That is part of the plan.

But there are still problems. When someone leaves Facebook to go to Buzzfeed or the New York Times, that advertising coherence is lost as they have their own ad sales departments and networks. The advertiser’s dilemma reappears. Hence, it makes sense for both to have Facebook host content and especially open up that content to native advertising that is all the rage on mobile. But I suspect it does not end there. It also makes sense, as part of that deal, for Facebook to manage ads on their sites too. And I wonder if that is what is happening here. In that case, what we have is outsourcing of advertising sales to Facebook rather than the ceding of content to them. It makes a ton of sense and, indeed, it is precisely what I predicted would occur in a post four years ago.

That said, there is still a risk that arises from Facebook’s market power. However, even while Vader changed the deal, that did cause Lando to take action (namely, rescuing Leia and the Wookie) that Vader didn’t want to happen. Thus, the big content providers will still have some leverage in the future and the last thing Facebook want is for them to spend energy now looking for backup options.