In the New Yorker, Tim Wu argues for yes. His argument is simple. Facebook make money because they collect data that their users freely give them.

For the most valuable innovation at the heart of Facebook was probably not the social network (Friendster thought of that) so much as the creation of a tool that convinced hundreds of millions of people to hand over so much personal data for so little in return. As such, Facebook is a company fundamentally driven by an arbitrage opportunity—namely, the difference between how much Facebook gets, and what it costs to simply provide people with a place to socialize. That’s an arbitrage system that might evaporate in a world of rational payments. If we were smart about the accounting, we’d be asking Facebook to pay us.

What does good data about a population give Facebook? To keep things simple suppose there are two ads — A and B — that Facebook can choose to put in front of any given user. The problem is that for any given user, only one is valuable to advertisers who are willing to pay $1 for a good match and $0 otherwise. Absent any information, Facebook might put A or B in front of me. If they literally do not know which one is better, their expected value for advertisers is 1/2 x $1 or $0.50 and this is the most they can charge advertisers. Suppose, however, that Facebook has population data and can work out that more of its users are of the type that are suitably matched to ad A rather than ad B. Suppose that proportion is z > 1/2. Then Facebook will know it can earn z from advertiser A and (1-z) from advertiser B. As z > 1/2, it will show its users ad A and so earn z. It’s return if you are doing the accounting from that population level data is z – 1/2; that is the value of population level data. 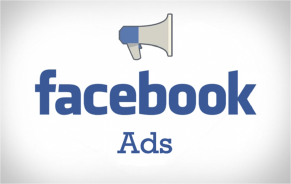 We should pause here and note that, to get a good estimate of z, Facebook doesn’t need accurate data from each and everyone of its users. It just needs a sufficient sample of them. What that means is that the value of your personal data in this equation to Facebook is likely to be nothing. That is pretty clear given the example here but I should also note that the population inference problem can be more complex. For example, Facebook may be trying to develop algorithms that allow them to target ads based on some less common customer characteristics. For instance, it is a much tougher job to work out the set of consumer characteristics that suggest an interest in underwater basket weaving than whether you like Coke versus Pepsi. If it turns out you are one of those unusual people — and chances are that you are for something — then Facebook might want to have your data as part of the sample. All this is short for saying that the returns to Facebook for grabbing the data of marginal users is diminishing but the rate is harder to parse. (This, by the way, is why I said “Probably not” rather than “no.”)

But we are not quite done yet. I have over-simplified what Facebook learns from user data although I do not believe I have over-simplified where they can make their return based solely on what they learn. Facebook, in fact, learns that users who, say, appear to like a, will be more appropriately shown ad A than ad B but, up until now in my argument, they have only been able to exploit the fact that amongst their users, a proportion, z, like a. What if they could identify and use the fact that a particular user liked a or b? If they knew that I liked b, they would show me B.

If we continue our smart accounting, then armed with personal data (rather than just population data), Facebook can perfectly target ads. Given our assumptions, Facebook will be able to match A and B to users perfectly and so will be able to charge advertisers $1. You might think, therefore, that the value of data to Facebook is 1 – 1/2 = $0.50 per user. This is what Wu is arguing. However, it is a conflation. The return to population data is z – 1/2. The return to having your personal data (i.e., whether in fact you like a or b) is 1 – z. That is the value you bring to Facebook at the margin.

Does this mean that Facebook should pay us some portion of 1 – z? Yes. From Facebook’s perspective, it had better be sure that if our value from being on Facebook is v, then v has to be greater than zero. Otherwise, Facebook would have to pay us to get 1 – z.

Here is where Wu is making an assumption regarding v. Here is what he says:

A different way of understanding the surrender of personal data is more personal. To pay with data is to make yourself more vulnerable to the outside world. Just as we all perk up if someone says our name, we are inherently more receptive to whoever knows more about us. The more data you give away, the more commercially customized your world becomes. It becomes harder to ignore advertisements or intrusions. Those willing to pay will be able to grab your attention and, in certain cases, exploit your weaknesses.

But that is far from clear. For starters, people like Facebook even if they ignore what this might mean for ads. But, secondly, what is the counterfactual. If I had the power to shut off the flow of personal data to Facebook yet could still use Facebook, that means that Facebook will show me ads based on the population inference and not my own characteristics. That means that much of the time I am getting ads that are useless to me and useless to advertisers. There is surely an argument to be made that when we get ads more suitable to our own interests we find them less annoying. This, by the way, is the reason why magazines that are targeted using specific interests tend to have way more ads than newspapers. Why? Because people actually like seeing the ads. To be sure, those ads may be exploiting them, grabbing money and causing consumerism. I have no idea. But on the metric of pure annoyingness, it is far from clear that Facebook without my personal data is worse for me than Facebook with my personal data.

In summary, Facebook make profits. Does that mean that they could pay us more and still be around? Yes. How would they do that? I have no idea. But when you step back, this is a pretty ordinary state of affairs in business. Chances are that the deal I am getting from Facebook is not dramatically unfair.